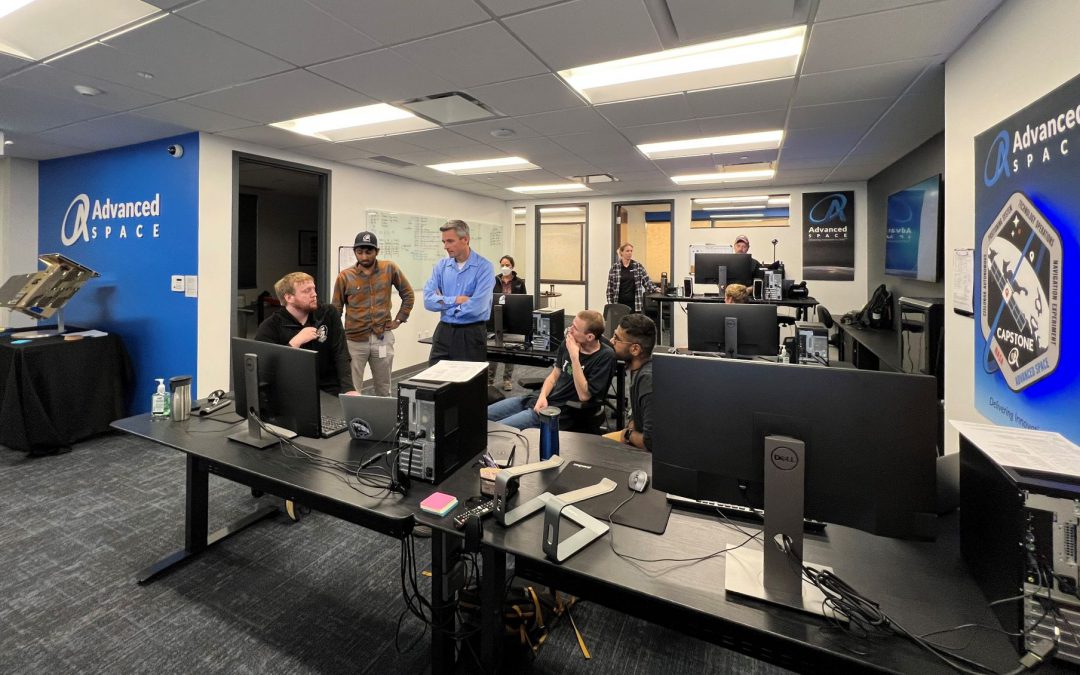 Westminster, CO (July 7, 2022) Advanced Space LLC., a leading space tech solutions company, announced today that CAPSTONE – the spacecraft heading to the Moon for NASA – is healthy after successfully performing its first trajectory correction maneuver. This maneuver is a significant milestone for the mission as it represents the first of many maneuvers the spacecraft will conduct during the mission. The propulsion system is specifically optimized for precise maneuvers such as this. This maneuver is similar in size to the critical Near Rectilinear Halo Orbit (NRHO) Insertion Maneuver which will be conducted at the Moon on November 13th and thus serves as a test from which the team will learn to improve future operations.  At time of execution, the spacecraft was approximately 465,000 km from the Earth (~13 times further than the GEO belt and ~81,000 km further than the Moon). The spacecraft had lost communications a couple of days ago, but the operations teams effectively and efficiently worked to resolve the issue and communication was restored approximately 43 hours after it was unexpectedly interrupted. The Cislunar Autonomous Positioning System Technology Operations and Navigation Experiment or CAPSTONE, began its solo journey to the Moon on July 4th as the first launch supporting Artemis missions. Advanced Space leads the CAPSTONE mission for NASA and is the first commercial and privately-owned spacecraft mission to the Moon. The microwave-sized CubeSat will verify and demonstrate operations within a unique and groundbreaking cislunar orbit that will support NASA’s Moon missions under Artemis.  Further, the mission will demonstrate a novel spacecraft-to-spacecraft navigation technology service called the Cislunar Autonomous Positioning System (CAPS) developed and implemented by Advanced Space. END_OF_DOCUMENT_TOKEN_TO_BE_REPLACED 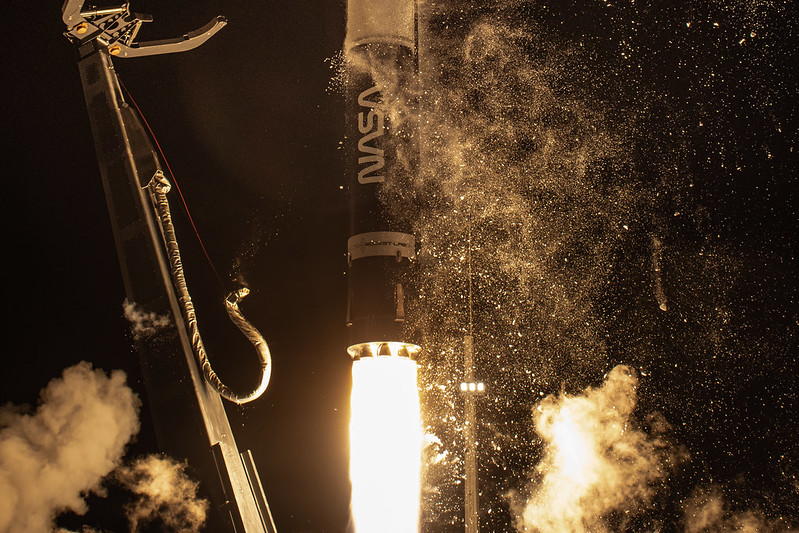 CAPSTONE Is On Its Way to the Moon; Leading the Way for NASA’s Artemis Missions

Westminster, CO (June 28, 2022) Advanced Space LLC., a leading space tech solutions company with breakthrough navigational technology, today announced that its CAPSTONE  spacecraft has been launched toward the Moon by Rocket Lab USA Inc. for NASA on June 28, 2022.  The CAPSTONE mission will gather operational data ahead of the Artemis program that will land the first woman and first person of color on the Moon.  This milestone supports the first launch for NASA’s Artemis program and the first commercial and privately owned satellite to operate at the Moon. END_OF_DOCUMENT_TOKEN_TO_BE_REPLACED

Unique mission design aids in success of the science team

Westminster, CO (August 23, 2021) Advanced Space is pleased to be a part of the team led by the University of California, Berkeley, on the NASA Escape and Plasma Acceleration and Dynamics Explorers (ESCAPADE) mission. Advanced Space has supported ESCAPADE’s mission design through many design cycles, seeking ways to make this new approach to planetary exploration successful. The Advanced Space team not only ensured ESCAPADE is set up for success but also performed under a tightly constrained schedule. ESCAPADE has now been confirmed by NASA in the Key Decision Point C review. This critical review assessed launch readiness based on the preliminary mission design; the confirmation means ESCAPADE will progress to launch.  END_OF_DOCUMENT_TOKEN_TO_BE_REPLACED 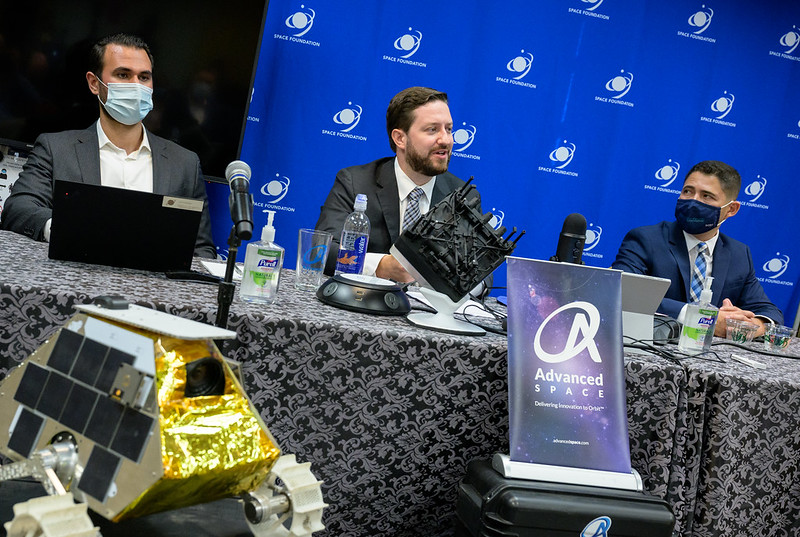 In addition to testing a unique orbit for NASA’s lunar Gateway, Colorado small business Advanced Space is preparing to demonstrate a new approach for cislunar navigation. 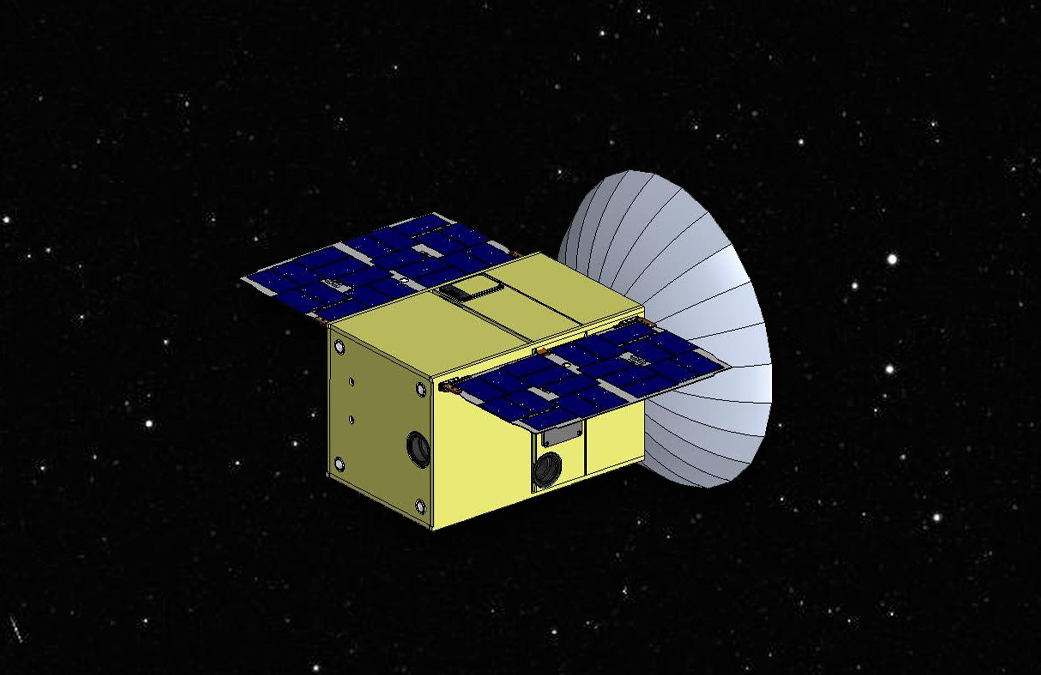 NASA has awarded a $13.7 million contract to Advanced Space of Boulder, Colorado, to develop and operate a CubeSat mission to the same lunar orbit targeted for Gateway – an orbiting outpost astronauts will visit before descending to the surface of the Moon in a landing system as part of NASA’s Artemis program.