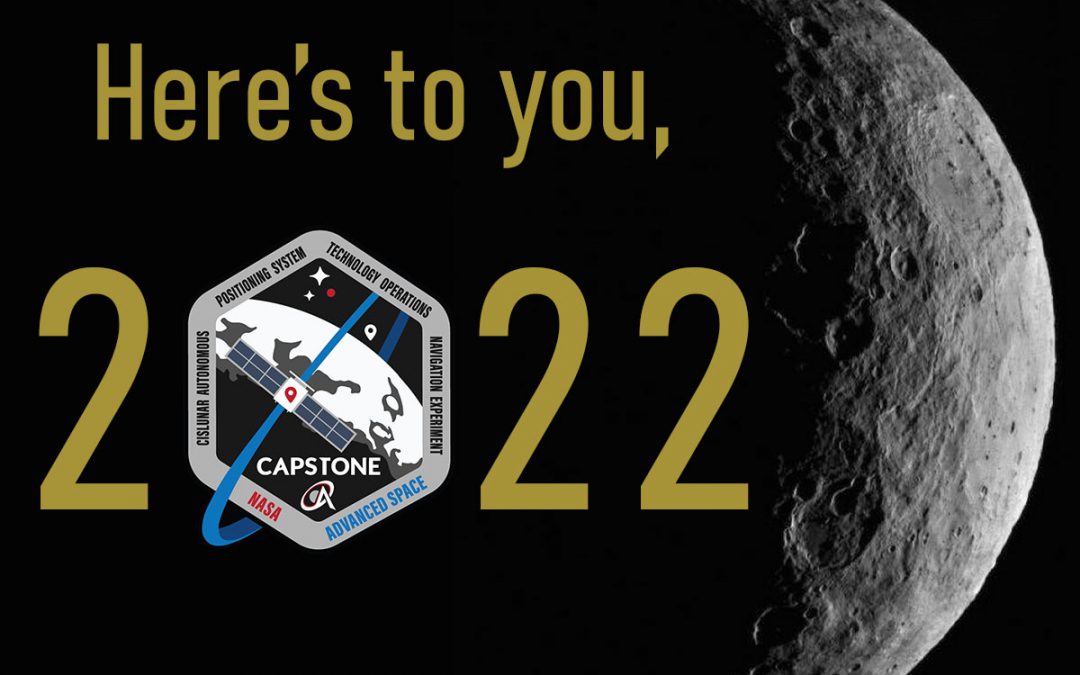 As we go into the new year we want to take a chance to see all the great things our team accomplished this year – it’s hard to believe it all fit into 2022! Check out our video below, along with links to all the things we highlighted this year. END_OF_DOCUMENT_TOKEN_TO_BE_REPLACED 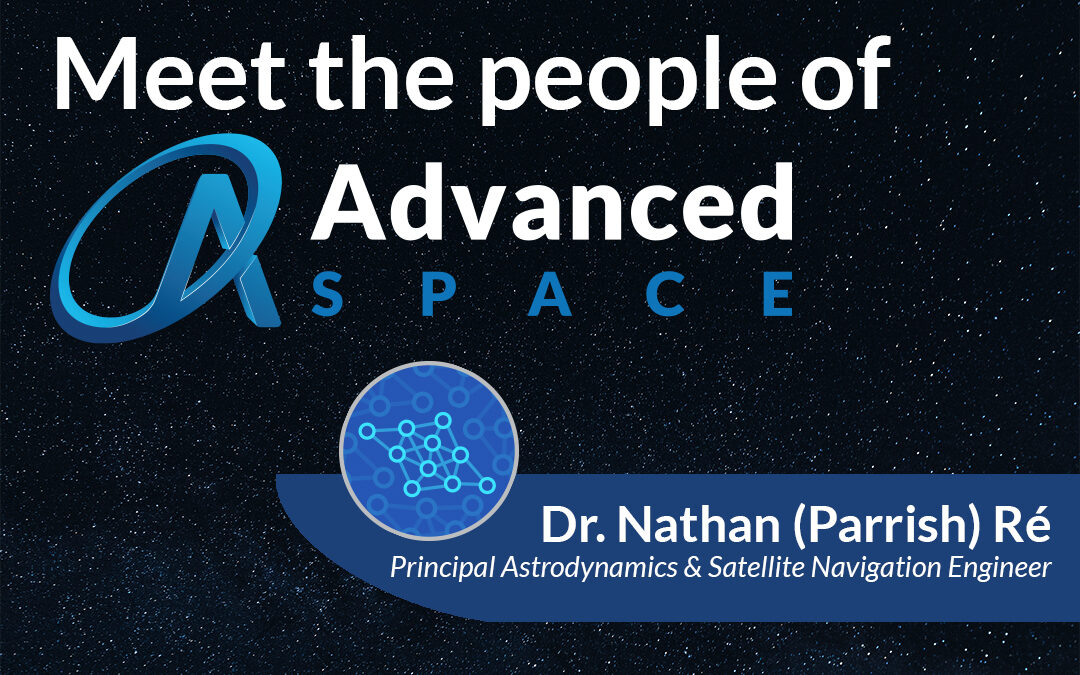 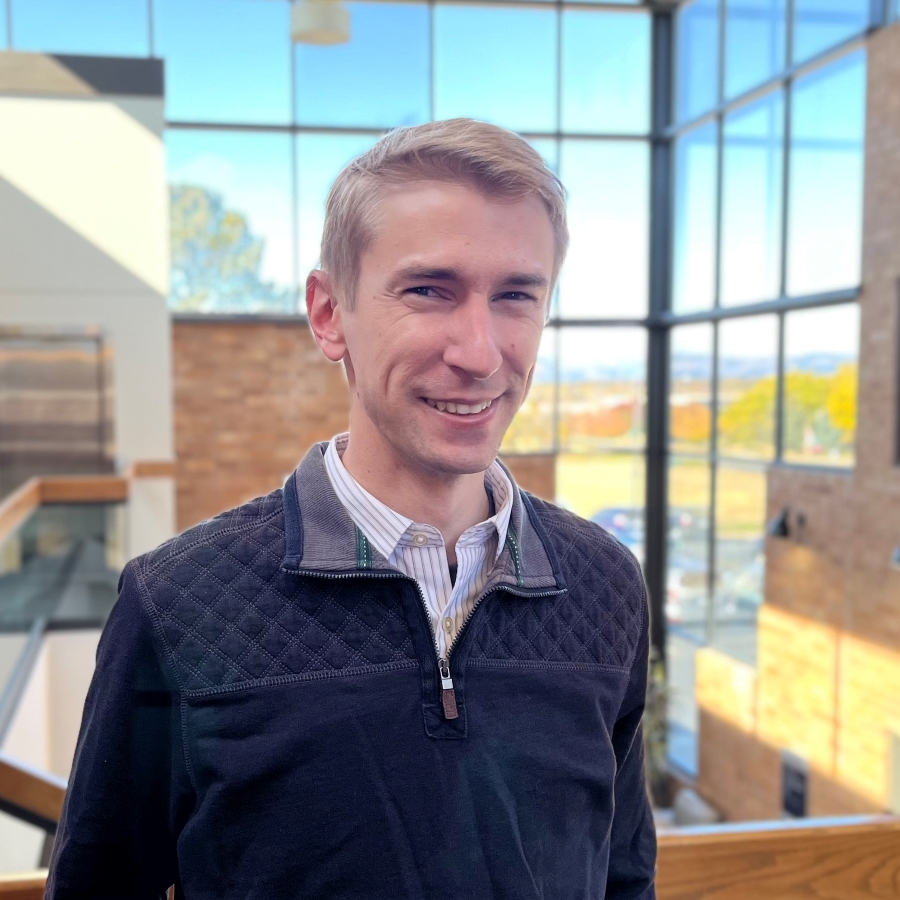 The team members at Advanced Space are the key to our success. Meet Dr. Nathan (Parrish) Ré, one of the company’s first employees who has been with the company for almost eight years.

In 2013, about a year into my PhD at CU Boulder, I had a conversation with a childhood friend who was playing with AI computer vision in his free time. I got really interested in it, so I bought a textbook and spent the next year trying to figure out how to apply AI to astrodynamics. At the time, the technology was much less user-friendly and there wasn’t much to go on. It took a few years to figure out a practical application that could also get me my degree. END_OF_DOCUMENT_TOKEN_TO_BE_REPLACED 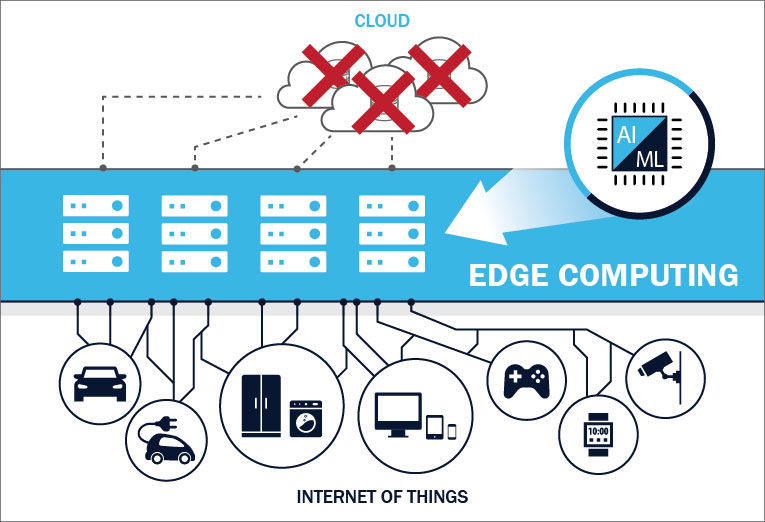 It is a privilege to work with the Intelligence Advanced Research Projects Activity (IARPA), Office of the Director of National Intelligence (ODNI). IARPA’s desire to solve hard problems aligns with Advanced Space’s values to use our technical excellence and inexhaustible curiosity to do the same. END_OF_DOCUMENT_TOKEN_TO_BE_REPLACED 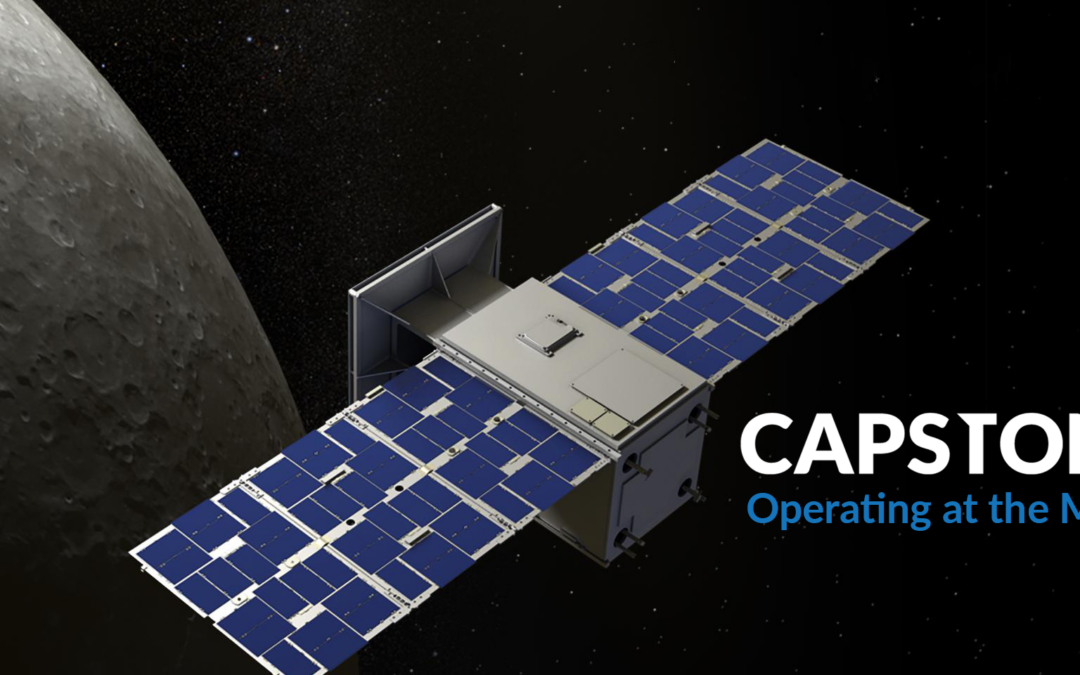 NASA’s investment in small business boosts the economy and enables the future of space exploration.

Westminster, CO – Advanced Space LLC., a leading space tech solutions company, is the first commercial entity to own an operational satellite at the Moon. CAPSTONE, the Cislunar Autonomous Positioning System Technology Operations and Navigation Experiment, has finalized its insertion into a Near Rectilinear Halo Orbit (NRHO). Now that history has been made, the small spacecraft is ready to begin operations for NASA in support of the Artemis program. This milestone also marks the beginning of the navigation experiment that will lay a foundation for future missions. Consistent with the company vision to enable the sustainable exploration, development, and settlement of space, Advanced Space has worked to support the Nation’s focus on returning to the Moon. CAPSTONE is tasked to understand the operational characteristics of the orbit, perform technology demonstrations to help reduce the risk for future spacecraft, and to validate innovative navigation technologies. END_OF_DOCUMENT_TOKEN_TO_BE_REPLACED 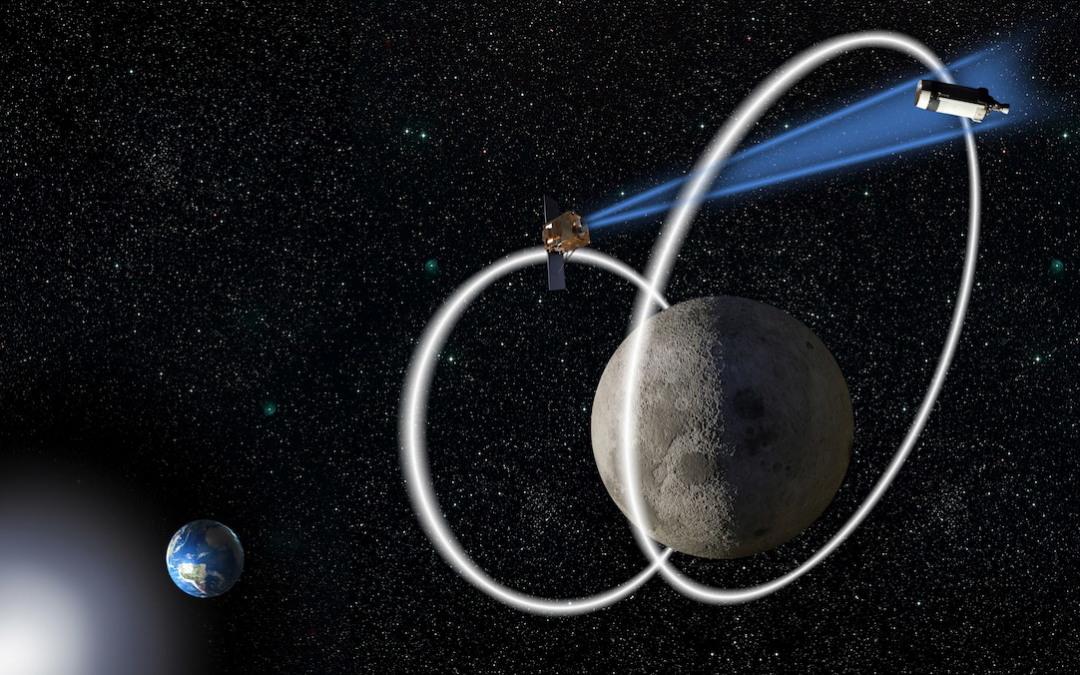 Westminster, CO – Advanced Space LLC., a leading space tech solutions company, announced that the Air Force Research Laboratory’s (AFRL) Space Vehicles Directorate, as part of a collaborative effort with AFRL’s Transformational Capabilities Office, has awarded the company a $72 million contract to deliver AFRL’s Oracle spacecraft program, previously called the Cislunar Highway Patrol System, or CHPS. Oracle will demonstrate space situational awareness, object detection and tracking in the regions around the Moon. Advanced Space is the prime contractor for Oracle, and is designing the mission approach, along with advanced navigation, tracking, and communication solutions for this challenging mission. END_OF_DOCUMENT_TOKEN_TO_BE_REPLACED

CAPSTONE is at the Moon! Advanced Space Leads Pathfinding Efforts for NASA

Westminster, CO — Advanced Space LLC., a leading space tech solutions company, announced CAPSTONE successfully completed the initial insertion maneuver into a Near Rectilinear Halo Orbit (NRHO) on Sunday, November 13th. Two smaller correction maneuvers will take place this week to ensure the spacecraft is confirmed into the complex lunar orbit. This NRHO is an orbit around the Moon that has never been flown before, and it is the intended orbit for the Gateway space station. NASA intends to use Gateway to support Artemis missions to the lunar surface. CAPSTONE is demonstrating how to get into this orbit; in the weeks to come, CAPSTONE will demonstrate and verify orbital operations in the NRHO for NASA. CAPSTONE is reducing risk for future spacecraft. END_OF_DOCUMENT_TOKEN_TO_BE_REPLACED 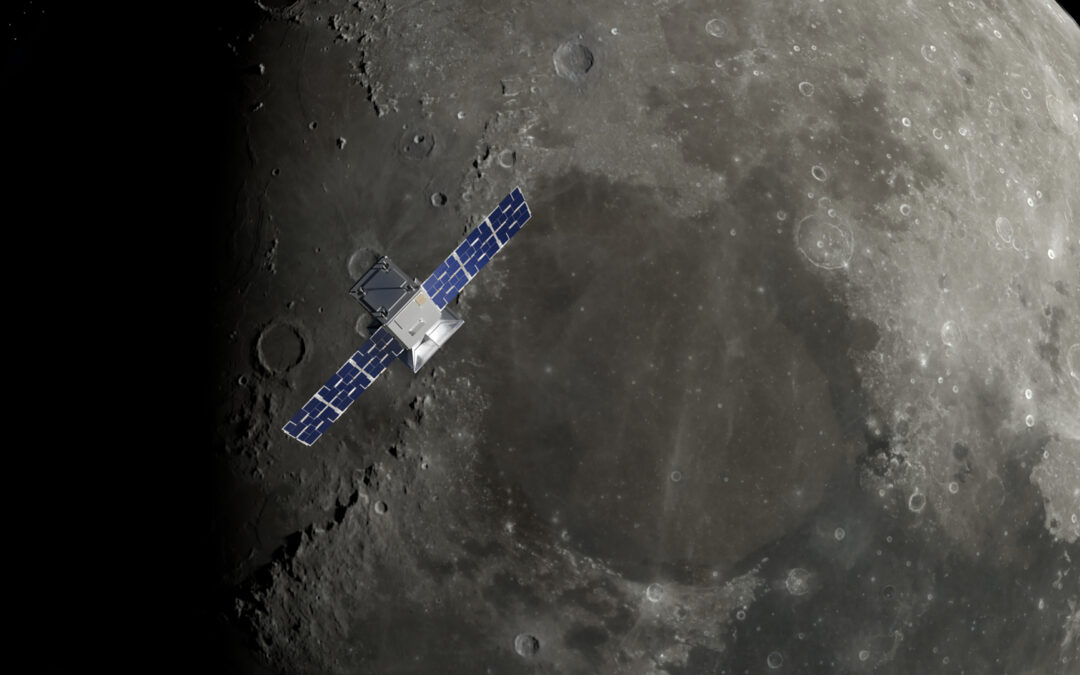 CAPSTONE Initial Insertion at The Moon Executed as Planned!

CAPSTONE made its initial insertion into the Near Rectilinear Halo Orbit (NRHO) on Sunday, November 13th. Two smaller correction maneuvers will take place this week to ensure the spacecraft is confirmed into the complex lunar orbit. This NRHO is an orbit around the Moon that has never been flown before and it is the intended orbit for the Gateway space station. NASA intends to use Gateway to support Artemis missions to the lunar surface. CAPSTONE is the first CubeSat to fly to and operate at the Moon. END_OF_DOCUMENT_TOKEN_TO_BE_REPLACED 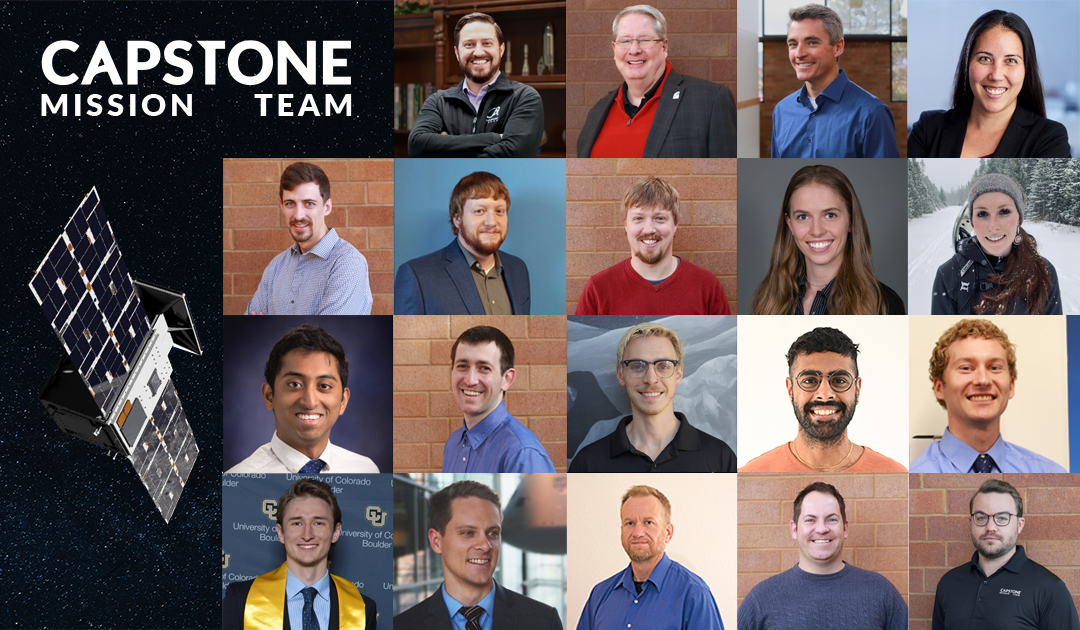 CAPSTONE Countdown – The Team Behind the Scenes

The CAPSTONE Countdown is nearly over! We are mere hours from arriving at the Moon, and there would be no mission without the incredible work of the Advanced Space CAPSTONE Mission Operations Team. From orbit determination and navigation to all the details behind the scenes, thank you to this talented team of engineers, technicians, and more: END_OF_DOCUMENT_TOKEN_TO_BE_REPLACED 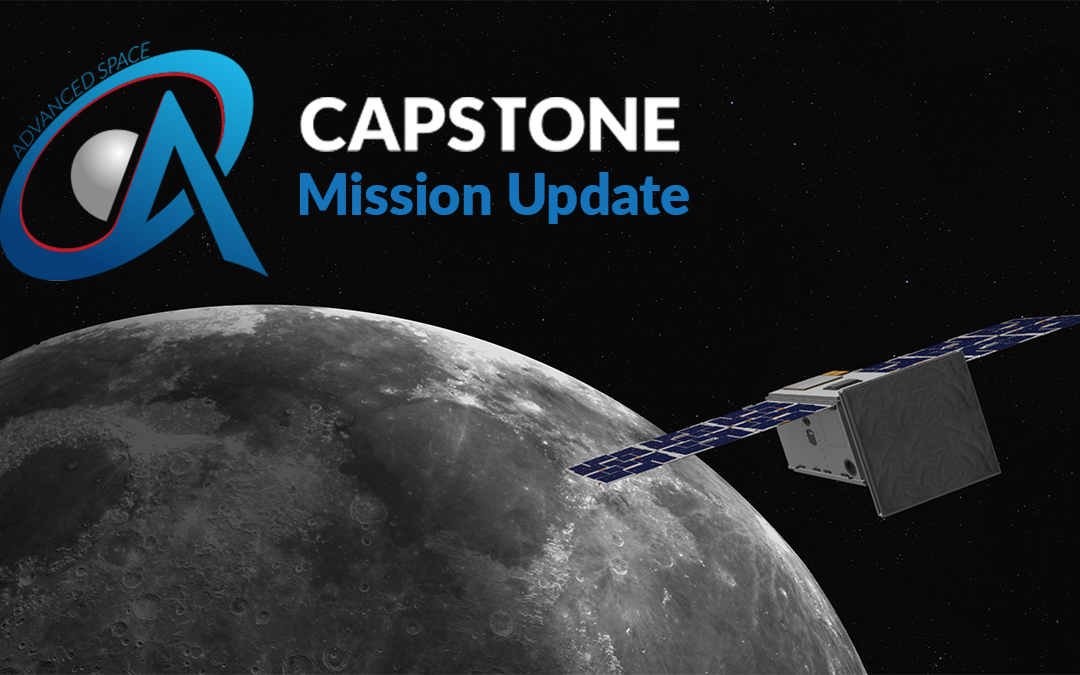 CAPSTONE Count Down – Just 2 Weeks Away From Moon Arrival

Westminster, CO (October 31, 2022) Advanced Space LLC., a leading space tech solutions company with breakthrough navigation technology, completed its fourth trajectory correction maneuver (TCM) for CAPSTONE on Thursday. TCM-4 was the fourth of six planned maneuvers en route to the Moon, targeting the precise orbit for the CAPSTONE demonstration. This follows the restoration of the spacecraft’s capabilities as it has recovered from the anomaly that occurred after TCM-3. END_OF_DOCUMENT_TOKEN_TO_BE_REPLACED 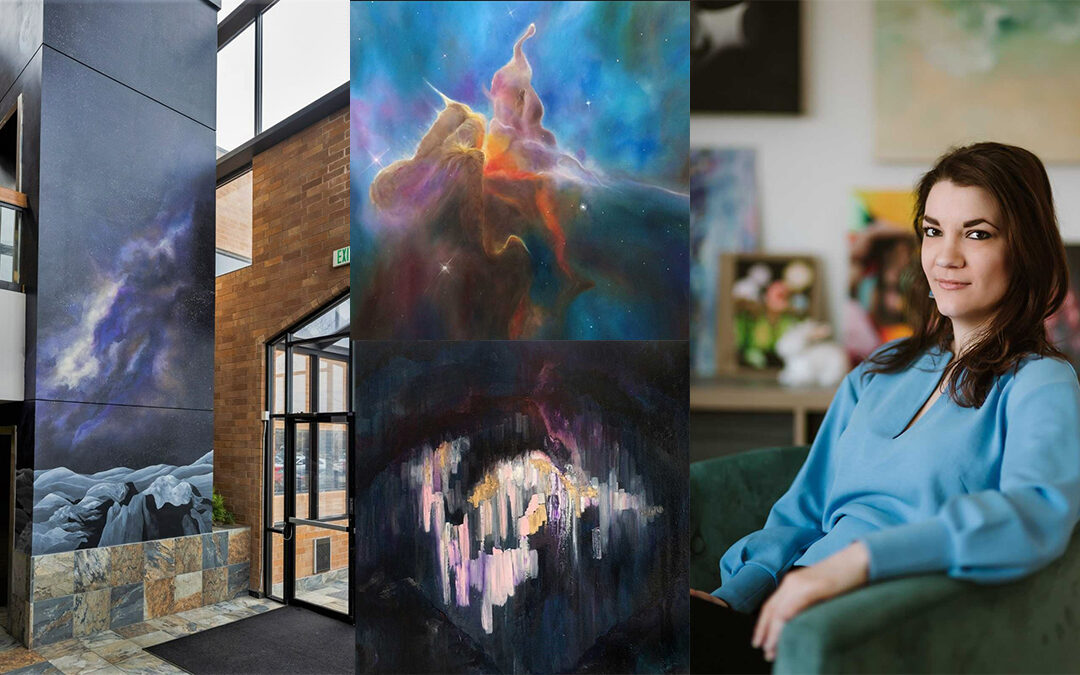 “This mural titled Luna captures the sense of wonder humans have
when we lift our eyes to the sky and open ourselves to the mysteries
of the cosmos. The same sense of wonder we have here on Earth,
but from the setting of the Moon – mankind’s next frontier.”