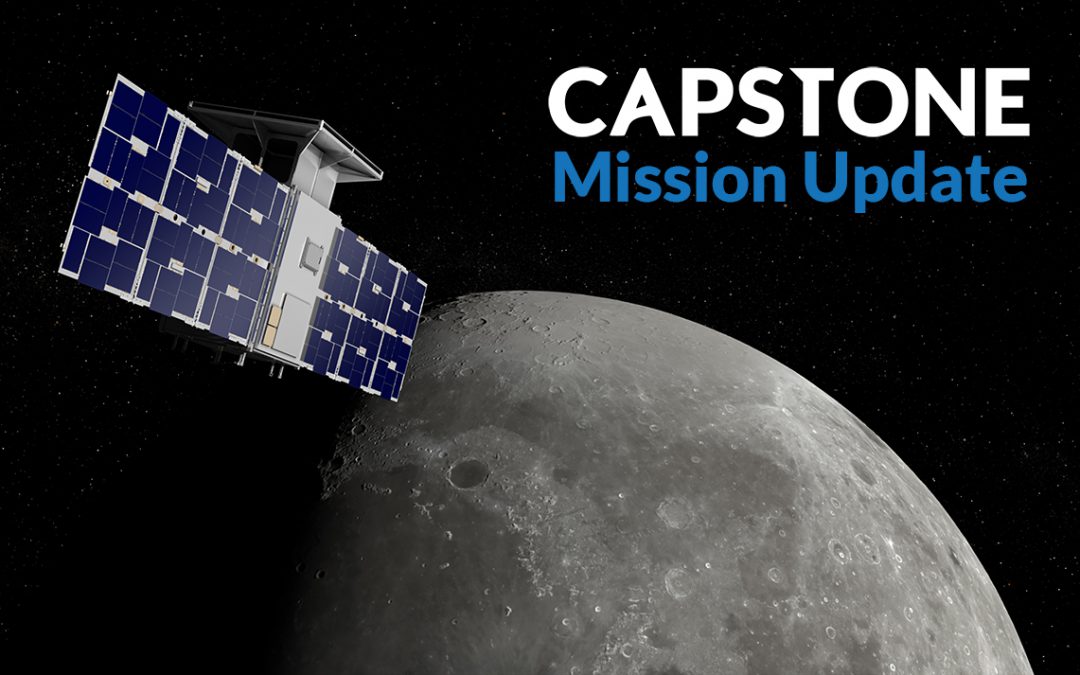 On September 12th, we provided an update on the CAPSTONE mission. Below is an update.

CAPSTONE received some relatively good news on the recovery progress for the spacecraft. The communications situation has dramatically improved, the power state of the spacecraft appears to be sufficient for continuous (duty cycled) heating of the propulsion system which dropped below its operational temperature, Over the past few days, CAPSTONE’s power – though limited by the orientation of the spacecraft in its spin relative to the Sun – appears to be sufficient for heating of the propulsion system. When the spacecraft propulsion system temps are at +5C for 12+ hours the system will be further evaluated for use in the recovery operation. Information on the cause of the anomaly has been obtained and is being evaluated, and recovery plans that mitigate risk of further anomalous behavior are being developed. We do not have a timeline for a recovery attempt, but the team is working hard to make progress guided by what we are learning from the data with an explicit goal to minimize further risk to the mission.

The spacecraft continues on its planned path to the Near Rectilinear Halo Orbit around the Moon.

We are effusively grateful to the teams at the Deep Space Network, NASA, Terran Orbital, and Advanced Space who have supported this ongoing effort continuously over the past 5 days. Without the quick action and dedicated attention of all of these exceptional individuals, the CAPSTONE mission would likely have been lost due to this anomaly. As it stands today, the vehicle is stable, and the combined mission operations team is working towards attempting a recovery operation.

This remains a dynamic and changing situation. We are focused on working the technical situation with an emphasis on disciplined analysis supporting a well thought out recovery attempt. The success of the CAPSTONE mission remains our primary focus. As we are able to, we will continue to share information on progress.